Amigo Dom Tiano is back with another great post about the playoffs and how the play-in and round robins affect the Boston Bruins. – KL 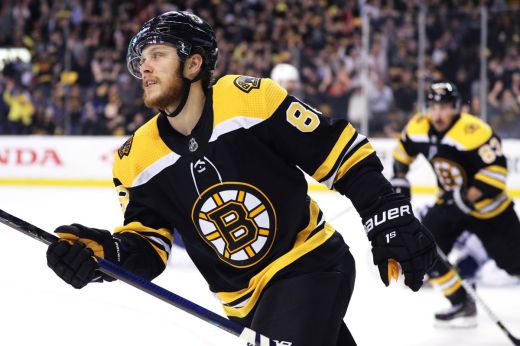 With just one game remaining for the Boston Bruins before the real games begin, they find themselves in a position fans, and probably the Bruins themselves, didn’t expect after dominating the regular season standings before action was paused due to the COVID-19 Pandemic.

After losing it’s first two games, the Bruins sit in fourth spot before hitting the ice in Sunday’s matchup with the Washington Capitals. Here’s a look at the standings:

So, what are the possible scenarios facing the Bruins and what does the outcome of Sunday’s contest mean?

Winning in overtime or a shootout will leave the teams tied with 2 points a piece and the tie breaker is regular season points percentage, which favors the Bruins, so they would end up third. Winning in regulation would give the Bruins 2 points versus the Caps 1 point, so any type of win gives the Bruins third place.

Win and they face the Islanders.

The outcome of the Leafs and Blue Jackets play in round has no affect on who the Bruins opponent will be.

Scenario 2: Washington wins in any matter:

Lose in any fashion and face Carolina.

So, the Bruins possible opponents come down to New York Islanders or Carolina. Pick your poison. We’ll know Sunday.