We’re back with part 2 of the mid-summer look at where the prospects in the Boston Bruins organization stack up.

As previously mentioned in part 1 when we reviewed 23 of the prospects who will play in the pro hockey ranks this coming season, this is a subjective list based on multiple inputs to include (but not limited to) live viewings and film study, input from members of the Bruins organization and some sources around the NHL not with Boston, media and fan observers who attended the recent development camp in Wilmington from July 12-15.

This is just one view and take- there will no doubt be disagreement, but I would offer that even if the Bruins as an organization released their own rankings of where they think their prospects stack up from 1 to 40-something, folks would still take issue with it. We would live in a mighty boring world if everything was definitive and we agreed on everything.

So, with that in mind, here is the supplemental podcast (complete with Dirty Harry theme music from the early 1970’s) and the write-ups on the kids expected to spend the season in the amateur ranks for 2016-17.

The Amateurs (NCAA and CHL/major junior) 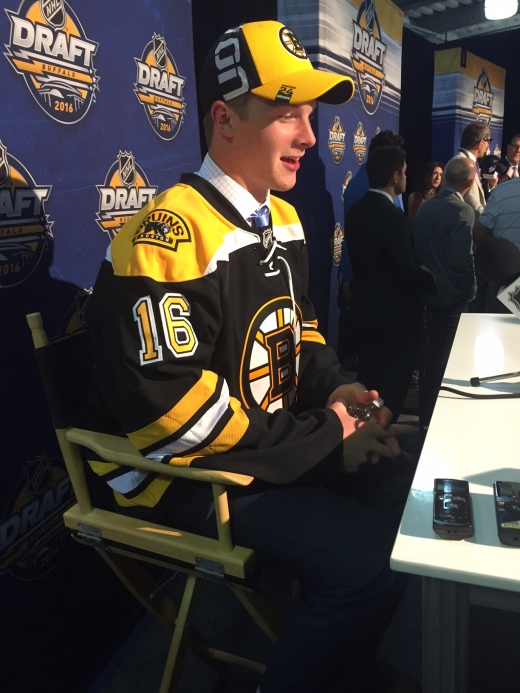