As the first round of the NHL playoffs shifts to Washington for Game 5, thought we would take a moment to look at the younger (ages 23 and under) Bruins prospects who had a chance to play in Boston this season, either in a more established role or limited action via call-up. Before we begin, here is the obligatory disclaimer- We’re just calling it as we see it. Understand- this is designed to provide observations and feedback- it is not intended to be the final word on anyone, good or not-as-good. Here’s the review, ranked in order of performance and impact.

Urho Vaakanainen, Oskar Steen and Jack Ahcan are not included in order to focus on the “big 5” instead.

1. Jeremy Swayman, G- No player did more to boost his stock within the organization and across the league the way the rookie goaltender did, appearing in 10 games near the end of the season and going 7-3 with an eye-popping 1.50 GAA and .945 save percentage with a pair of shutouts…in the NHL! Prior to that, he was off to a dominant start to his pro career with the Providence Bruins in the AHL going 8-1 in 9 games with a 1.89 GAA and .933 save percentage. He turned his Boston audition into a spot as Tuukka Rask’s backup in the playoffs, supplanting veteran Jaroslav Halak and essentially staking a claim to a spot on the 2021-22 Boston Bruins. 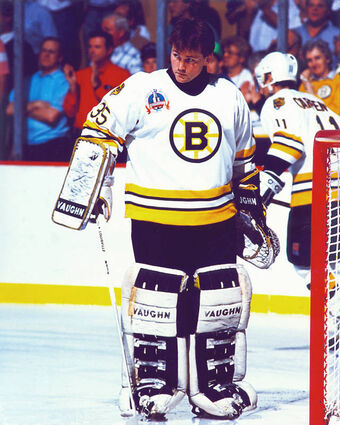