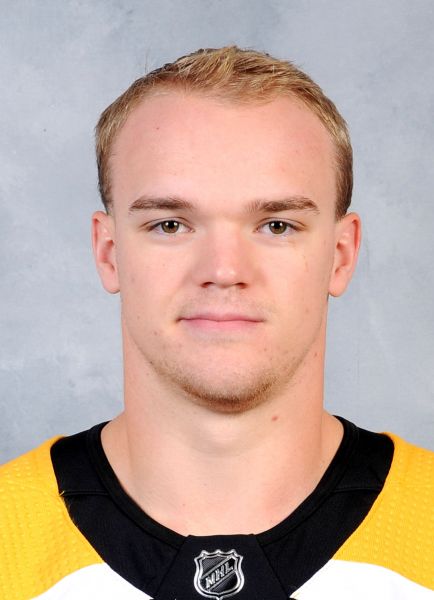 Over the past decade, Boston Bruins have found success in the undrafted free agent department, especially with signing NCAA players. Whether we’re talking about Torey Krug, Kevan Miller, Frank Vatrano (whose trade to Florida in 2018 netted the pick the B’s used to select Jakub Lauko), or even Austin Czarnik (now with Calgary), the B’s have identified passed-over college players who have gone on to reach the NHL.

A more recent example is former University of Minnesota-Duluth captain Karson Kuhlman, who led the Bulldogs to their first of two consecutive NCAA championships in 2018 and then signed with the B’s shortly thereafter. The 2018 NCAA tournament MVP didn’t dazzle anyone with his numbers, but was, as it turned out, the perfect fit for Boston.

It didn’t take Kuhlman long to see his first NHL action and by the spring of 2019, he was playing a supporting role in helping the B’s get to within one game of a Stanley Cup championship. In 19 regular and playoff games combined, the rookie netted four goals and eight points, not bad for a defensive forward in college whose best season consisted of just six goals and 22 points in 42 games during the 2016-17 campaign.

The Esko, MN native has always impressed with his speed, intelligent two-way game and hyper-competitivene style, going back to his USHL days with the Dubuque Fighting Saints.

After making such a surprising impact (at the very least in terms of timeline), Kuhlman made the 2019-20 Bruins roster out of camp, but fractured his tibia Oct. 19 in a game against Toronto. He missed the next two months and returned to the ice in late December, bouncing between the NHL and AHL with Providence until the NHL season was put on pause.

He still meets our criteria of a prospect, even though he’s seen 36 NHL regular season games in his first two pro seasons, so here’s a quick snapshot of Kuhlman and what B’s fans can expect going forward:

Strengths: Superb skater- explosive, agile and quick. He’s got excellent acceleration and is strong on his skates- able to roll off of checks and maintain his balance. Very good small-area burst. Hockey sense is very good- while not overly creative, he sees the ice and makes good decisions with and without the puck. Tremendous intangibles such as character and leadership packaged up in a relentless work ethic. He’s a superior forechecker who disrupts and creates turnovers with his speed and sheer tenacity- constantly hunts pucks. A winner- he won a USHL championship with Dubuque in 2013, took 2018 NCAA tournament MVP honors in leading UMD to a national title, then was part of Boston’s extended run to the SCF a year later. That kind of thing is not an accident. Can play center and wing- able to take key defensive faceoffs when needed and has a quick stick in the dot to win draws.

Weaknesses: Size is average, and he’s not a skill player by any means. A standout player for Cloquet High, he was not a point producer in the USHL or in college, so he’s not going to have the offensive ceiling to be a front line forward in the NHL.

Overall analysis/projection: The leg injury set Kuhlman back, and as his 1 goal and 6 points in 25 games this season can attest, he’s in a low-end depth role right now with Boston. At age 24, he’s old enough and mature- he can play up or down the lineup if needed, but with the B’s healthy when the NHL’s expected resumption happens in July-August, he’ll have a challenge ahead to work himself into the lineup on a regular basis.

Going forward, we can envision Kuhlman carving out more of a role for himself as a checker/grinder/Swiss Army knife player the Boston coaches trust in certain situations. He’s not going to go out and score 30 goals and 60 points, but in the B’s system, could develop into a regular role player because of his versatility, drive and jam.

The B’s haven’t just enjoyed success finding college free agents- they hit on former Swift Current/WHL captain Colby Cave, who suddenly and tragically passed away this spring while a member of the Edmonton organization, but the NCAA pipeline has been a productive one for Boston. Kuhlman should continue to contribute going forward, and the B’s continued the pattern by signing college defenders Jack Ahcan (St. Cloud State) and Nick Wolff (Kuhlman’s UMD teammate) this past March.

In-depth UMD profile on him from October 2017- check out his answer to the question at 7:20 about the one city he would pick up and move to- Kuhl-stradamus?