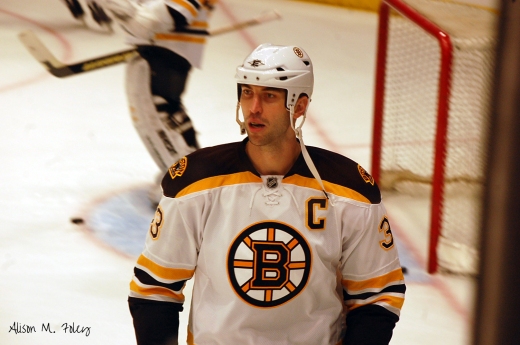 You mean to tell us that since two critical veterans went down with significant injuries, the Bruins are 3-0-2 with 8 points out of 10?

And that, dear readers, is why they play the games.

Given the Boston Bruins’ recent run of wins, welcome news despite not having two of the franchise’s faces out for at least 4 weeks or longer: captain Zdeno Chara and defacto captain Patrice Bergeron. The duo of future Hockey Hall of Famers are more than likely at the top of a short list of players that if you polled fans before the season, were the guys the team could least afford to lose for extended stretches of the 2018-19 campaign.

And yet, as the Thanksgiving weekend comes to a close, the B’s pulled out two close wins, a 2-1 OT contest against the underachieving Pittsburgh Penguins at home on Friday and then Saturday night’s 3-2 victory over the Montreal Canadiens, helping Boston secure the sixth-best record in the NHL to date. Of course, few would have guessed that the Jeff Skinner-led Buffalo Sabres would be sitting atop the league standings as November comes to a close, but that’s a story for another day.

In the meantime, let us focus on the Bruins and how they’ve put themselves in position to remain competitive despite suffering through some personnel setbacks that would cripple many teams in any league.

The Bruins have dealt with their share of injuries in the first two months of the new NHL season, especially on the blue line. Torey Krug missed the first couple of weeks after injuring his ankle in preseason, and the B’s D corps has been ravaged as we’ve seen everyone from Chara and Krug to Charlie McAvoy, Kevan Miller, Brandon Carlo and John Moore knocked out of the lineup at various stages.

Through it all, veteran free agent goalie pickup Jaroslav Halak has maintained a second-best .939 save percentage to Pekka Rinne’s .944 and the B’s have been able to weather the storm. His 8-2-2 record and 1.98 GAA have been instrumental to Boston’s hot start and has helped offset another rocky start by Tuukka Rask, who is getting his game into form as he typically does each season.

Up front, Bergeron led the team in scoring through 19 games with 26 points, and under most circumstances, losing the elite 200-foot center for the past four games would have been telling in the standings, yet the B’s have gone 3-0-1, dropping an OT loss to the Detroit Red Wings.

Early in the year, the B’s scoring lacked balance with a top-heavy No. 1 line of Bergeron, Brad Marchand and David Pastrnak accounting for an eye-popping 36 goals and 73 points. But now, that second unit anchored by David Krejci and Jake DeBrusk, has started to come alive. 2015 second-rounder Jakob Forsbacka Karlsson is showing signs of why the B’s spent the 45th overall selection on him as a capable two-way center, while Jeremy Lauzon, the third and final second-round pick that year after Brandon Carlo and JFK, also made his NHL debut this season, tallying a memorable first big league goal against former Bruins 1st-rounder and farmhand, Malcolm Subban. The B’s have also gotten solid defensive and physical play from Connor Clifton, signed as an under-the-radar free agent after being drafted and unsigned by the Arizona Coyotes (2013) and completing his NCAA career at Quinnipiac University a year ago, and going to the Providence Bruins on an AHL deal. He’s a junkyard dog-type player, and has willed himself to the NHL after one path appeared to close up.

Important to Boston’s ability to take the injury hits and keep racking up points is what Don Sweeney and Co. did during free agency over the summer. Halak was the obvious impact signing, given the way he’s not only performed when given the starter’s nod, but also in how his success helps drive Rask to play better and be hungrier when he shows up to the rink each day, knowing that the net isn’t his (unlike in past seasons when inferior backups were deployed behind him). Even going back to 2013-14, when Rask had his best regular season statistically, his backup that year was Chad Johnson, whose play elevated the Boston starter’s. Getting Halak was not only starter insurance for the oft-injured Rask, but Sweeney knew exactly what he was doing in the psychological arena.

Beyond Halak, Moore just tallied his 1st goal as a Bruin and it was a big one, a power play marker which held up as the winner against the hated Canadiens Saturday at the Bell Centre. Moore isn’t a star defender and never will be one, but to get him locked up (in his prime) for five years at a highly manageable $2.75 million AAV, he’s the kind of solid veteran depth player every good NHL defense needs, and his contract will help balance the forthcoming significant contract extension on the horizon for McAvoy. Moore is steady and serviceable, but he’s got just enough of an offensive element to be a solid contributor. If he goes on to pot 20+ points at any point, he’ll be a tremendous bargain, and the B’s don’t have to worry about the Riley Nash effect- having to overpay on the open market to extend him.

Speaking of Nash, he’s been a disappointment for the Columbus Blue Jackets, but Joakim Nordstrom has seamlessly stepped into his role and not lost a step as a 2-way forward who can play up and down the roster and has a knack for timely offense as evidenced by his nifty tip-in goal in OT against the Penguins. In 22 games with the B’s he’s doubled his production with Carolina (2 goals in 75 games) from a year ago and is on pace to eclipse his career-best 10-goal campaign in 2015-16. He’s a steal at $1M per through 2020.

Finally, local boy Chris Wagner has delivered the goods as advertised for his role on the fourth line. He’s hard to play against and sells out his body to help his team win. While his $1.25M for this year and the next isn’t exactly a Filene’s Basement deal, he’s still reasonably priced for what he brings.

The B’s obviously need to get more out of David Backes and sophomore slumpers Danton Heinen and Anders Bjork, but the team has found ways to get contributions from everyone when it matters. Chances are, the continued wins aren’t sustainable if the injury trend to key veterans keeps up, but if you had said that the 65-man games lost to injury already this season (just 23 games in) to Bergeron, Chara, Krug, McAvoy, Miller, Carlo and Backes would still see the Bruins holding serve with a top-10 record as December approaches, most would take it and run.

On paper, some of these Bruins teams that have taken the ice in recent stretches have had no business coming away with 2 points (and granted- Arizona, Pittsburgh and Montreal aren’t the class of the league right now), but they’ve managed to do just that.

There’s no quit in this bunch and head coach Bruce Cassidy understands that and has been a master of pushing the right buttons regardless of which lineup he has to work with since he became the team’s bench boss in February of 2017.

What’s more, the winning begets flexibility for Sweeney to make moves and changes as needed. The best time to do it is from a position of strength, and right now- there’s no need for the GM to try and fix anything. Even if some of the younger guns like JFK, Lauzon, Colby Cave and even Urho Vaakanainen & Jakub Zboril, who made their NHL debuts recently, aren’t quite ready for prime time, they’ve at least given their organization confidence in perhaps expanding some of their roles sooner rather than later. And other GMs around the league are no doubt watching and will be much more willing to talk shop with Sweeney should he light up their phone.

Watching from afar in the Midwest USA, it looks like this Bruins team is primed to make another solid run for the playoffs this season. The ability to win hockey games when some of the best players are on the shelf cannot be overstated enough in terms of positive impact it has on the confidence and development of younger players. We’re seeing it each night in the form of DeBrusk, who is the one Boston forward who is stepping up to take some of the scoring pressure off of Pastrnak and Marchand. There’s room for improvement from some of the other forwards to be sure, but DeBrusk is pulling his weight and appears to have a solid future as a consistent, capable source of secondary scoring.

Will this kind of upwards trend lead to something bigger perhaps, like a deal involving a more established veteran by leveraging some of the younger assets who could afford to be moved for someone who upgrades the team now and going forward? That remains to be seen. But one thing appears to be certain- the games aren’t played on paper and the B’s didn’t seem to get the memo about stumbling because two of their most important players aren’t available.

There will likely be some setbacks along the way, but this club is playing the way they need to, and it only bodes well for the future this year and beyond.

As the Highlander once said, There can be only one…Stanley Cup champion. OK- maybe we invented that last part, but the quote remains true- only 1 team out of 31 can hoist the Lord Stanley’s chalice at the end of a grueling season. Not being that one, does not a bad season make. While some fans insist that anything less than a championship season (or a perfect draft where the team picks top NHL players every time) is a failure, but as far as this blog is concerned- the foundation is in place for a good run not only this year but the foreseeable future. It can all change quickly to be sure, but these B’s are on the right track.

One thought on “What, us worry?”