Bruins fans may be getting an indication of what could be about 4-5 years from now with 2015 third-round pick Daniel Vladar, who helped the USHL’s Chicago Steel medal in the Junior Club World Cup (played every year in Russia over past 5 seasons) tournament, earning a bronze third-place finish with a 3-2 over Russian jr. team Auto. They lost to Sweden’s Djurgarden j20 team in the semifinal match

I caught a couple of games online, and you can see why the B’s took Vladar where they did: he’s huge, quick and had his glove going, frustrating shooters with a lightning flash of the leather to deny some wicked shots. His play tends to get a little scrambly at times and he’s susceptible to getting beaten on secondary and tertiary scoring chances, but it’s tough to get pucks by him when opponents are barreling down the wings because he gives them very little net to hit and has the natural athletic ability to deny the shot and then direct it away from danger.

Like most young goalies, Vladar’s rebound control is a work in progress, but he’s showed people something over the past week: the ability to win under pressure and he did it against some solid competition. I’ve said a few times that there were other players I thought made more sense for Boston at 75 (Erik Foley comes to mind), but there is no issue with the value the Kladno (Jaromir Jagr’s hometown) native brings to the table. He’s raw and very rough around the edges, but the B’s can afford to be patient with him. 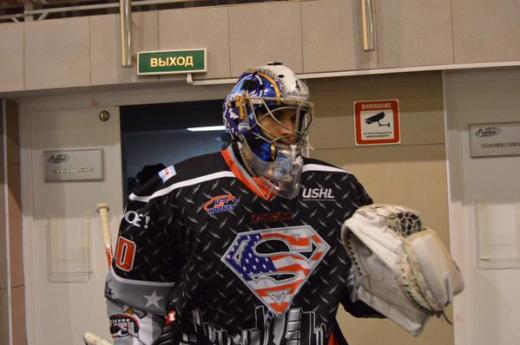 The Steel could very well be a team to watch for the USHL’s coveted Clark Cup, an achievement that has eluded the club since its inception in 2000.

My Tweets
Join 126 other followers